Smart irrigation systems are a combination of sensors and controllers which monitor the watering, moisture related content temperature and climate and there by watering the crops as per requirement. In this project I am using a soil moisture sensor to detect the moisture of the soil. There are two types of soil moisture sensor.

The sensor collects data all the time.
All the process happens concurrently so no delay occurs unless manual delay which were made on intention
Multiple sensors can be added in future. My Experience in RT-Thread I am using RT-thread for this project. I am new to RT-thread this is my 1st project in RT-Thread I used RT-Thread studio for this project it is user friendly and free tool so I will be using it for my future projects. I also used the thread function which helped me achieve concurrency. I got help from RT-Thread Club and some direct help from the people from RT-Thread. They were so friendly that they helped me at various stages of the project. My special thanks to the members from RT-Thread for helping me to complete this project.

The OS used for this project is RT-Thread RTOS
The program is written in c the only work of the main function is to activate the three threads.
** Very good! RT-Thread is an IoT operating system that allows you to quickly connect to the Internet using our open source software package.you can check out our package center.

Liked 1 Add a reply Save Report 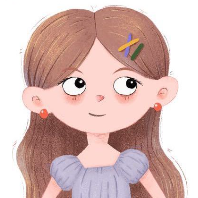 Wow! congratulations! This project is great

Liked 1 Add a reply Save Report Hey man, you are doing great. Could you share the code?

1
Does each thread is created as a different process?
2
DIY A RedClock to Increase Work Productivity!